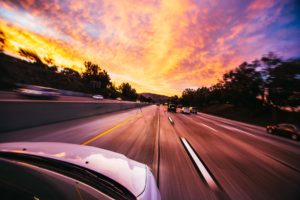 Photo by Taras Makarenko from Pexels

The sense of smell evolved early as a sort of early warning system, to alert our ancestors to danger from spoiled food, fire, poisons, predators and other threats. Because smell is so important as a safety device, we react nearly instantaneously to it, much faster than to visual stimuli, sound, touch or taste. In our modern world, although we don’t face the same kinds of dangers, we can still use our sense of smell to make us safer.

For example, new research from Sussex University tested the use of different scents to improve highway safety. Using a driving simulator with a built-in fragrance device in the steering wheel, researchers presented “drivers” with road hazards such as another car cutting them off or the sudden appearance of a cyclist. When the hazard appeared, one of three fragrances was released: lemon, rose or civet, a musky smell. Then they recorded how many times the driver was able to successfully avoid an accident. The rose scent performed the best at improving safety, reducing accidents by 64%, or nearly two-thirds. The civet reduced accidents by 46%.

In a separate study, scientists wanted to know if in-car fragrance was effective in promoting safe driving behaviors, such as driving within the speed limit and staying in the center of their lanes. Drivers in a simulator were instructed to stay within the posted speed limit. The control group was told to check the speedometer periodically. For the other group, every time a driver strayed over the speed limit, a lavender scent was spritzed.  When going too fast, drivers with the olfactory alerts reduced their speed 42% quicker than without the scent alerts, from 5.34 seconds to 3.09 seconds. They exceeded the speed limit 19% less frequently and they were 5% better at staying in the center of their lanes with the scent alert system.

Because these scent alert systems had such a significant effect in improving highway safety, this feature could be designed into cars of the future. It would require an AI component to detect potential hazards or the ability to interface with bumper cameras and other auto safety sensors. While you are waiting for that technology to become available, consider keeping a high quality self contained aroma diffuser in your car such as the AE650. Safe driving!

Want Exclusive Blogging Tips?
Join My Newsletter
Join over 30,000 marketers who get tips on improving their blogging, delivered directly to their inbox.
Give it a try, you can unsubscribe anytime.
Send this to a friend